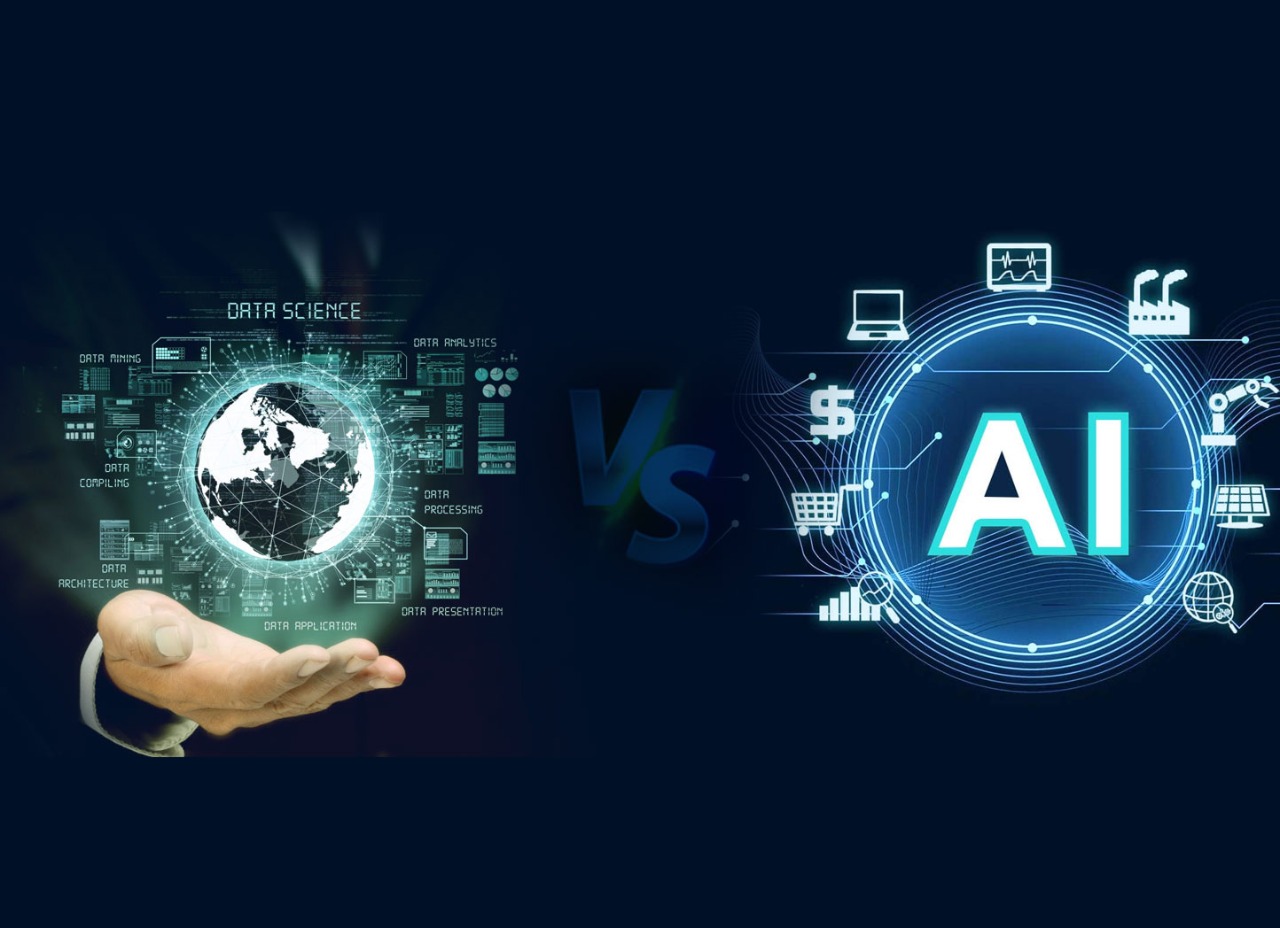 What is data science?

Data science is a technology that has brought forth the fourth industrial revolution alongside conquering several industries across the globe. It is the result of the massive explosion in data and the growing need for industries to rely on data for their operations. One of the most crucial requirements for an industry to make proper decisions is data.

Data science involves several underlying areas and sectors like mathematics, programming, and statistical analysis. This being said, it is required that a data scientist be proficient in one or more of these fields to understand the patterns in data.

What is artificial intelligence?

How is data science different from artificial intelligence?

Data science and artificial intelligence can use interchangeably but there are certain differences between them. In today’s world, the latter is used as artificial narrow intelligence. Under this type of intelligence, computer systems lack autonomy and consciousness like humans. Instead, they only have the ability to execute the tasks they are trained for.

For instance, an AI developed for a certain sport might be able to defeat the topmost player in that sport but the AI will not know that it is playing that sport; it lacks consciousness.

The study and analysis of data are called data science. A data scientist is the one responsible for making decisions that benefit organizations; depending on the company, the role of a data scientist also changes.

Considering the everyday roles and responsibilities, a data scientist is required to preprocess data i.e., cleaning and transforming the data. Later, he/she should analyze the results and utilize visualization techniques to draw conclusions and graphs that underline the analytical procedures.

A data scientist uses AI as a tool or a procedure. However, this procedure sits right on top of all other methodologies which are used to analyze data. This procedure is best analogized using Maslow’s Hierarchy wherein each component of a pyramid represents a data operation performed by a data scientist.

The different roles and requirements of an organization highlight the key differences between data science and AI. For instance, most companies demand pure AI experts like deep learning scientists, NLP scientists, and machine learning engineers.

These AI experts usually develop products that breathe and live in AI. Most of these roles demand data science tools like Python and R, to perform data analysis and operations, alongside requiring additional computer handling skills.

On the other hand, a data scientist assists companies and businesses to make and execute careful data-driven decisions.

This being said, a data scientist is responsible for extracting data using NoSQL and SQL queries, analyzing patterns in data, applying predictive models to generate future insights, and cleaning various anomalies in data.

← Prev: 4 Technologies That Will Boom During and After The Pandemic Next: US Citizenship Eligibility for Children Born Abroad →