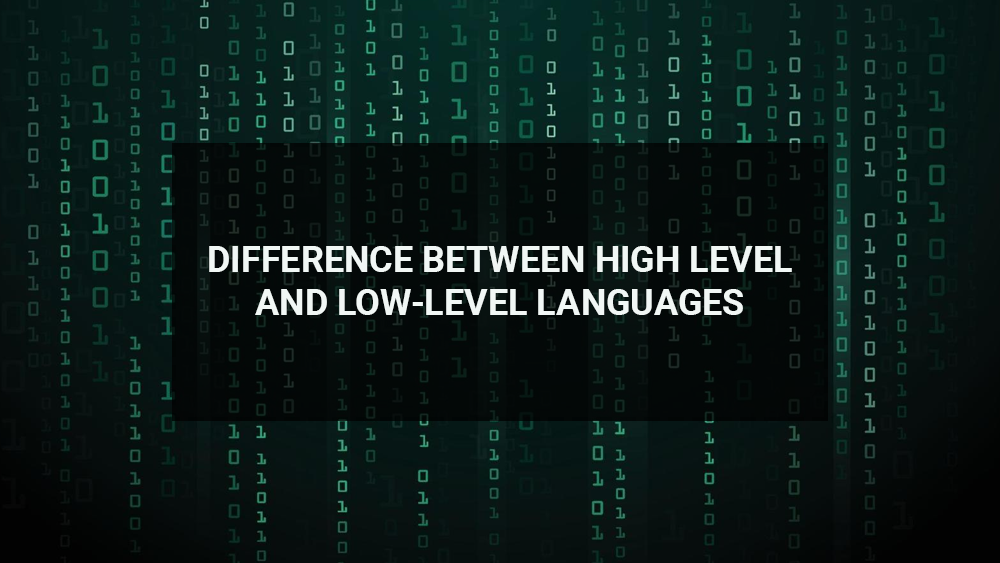 Further, computer programs can be classified into two broad categories. These two languages are low- and high-level. Let’s look at how they differ from each other.

What is a high-level language?

High-level programming languages are generally problem-oriented rather than machine-oriented.

High-level programming languages are problem-oriented rather than machine-oriented. Using high-level languages, the computer can abstract many steps that would otherwise be necessary to solve a problem. In addition, since they are so easy to use, they are much more accessible than assembly languages.

What is low-level language?

This section has established some key differences between these different programming languages to make our work more accessible than ever.

The first thing you need to know is about the platform; in this case, it refers to the computer hardware (i.e., configuration of your computer).

In High-Level language, programs written on any hardware can run on any configuration, regardless of its platform.

There are fewer syntaxes, functions, keywords, and libraries.

Language programs at the Low Level are more challenging than those at the High Level. A Low-Level programming language consists only of two commands: Binary and Assembly, and Binary comprise only 0s and 1s, while Assembly uses complex symbols called mnemonics.

In contrast, the High-Level languages programs are very convenient since it is easy to write, read, modify and understand.

Programs written in Low-Level Languages are usually faster than High-Level languages programs because they are faster to run.

Unlike High-Level languages, Low-Level languages do not require translation because Binary codes are Machine codes, which computers understand directly.

The high-level languages have extensive libraries that contain many different data types, functions, and keywords. Therefore, these languages are suitable for developing applications with excellent features with little effort and resources.

Languages with low-level support often have fewer professionals supporting them than a language with high levels of support.

There it is! These were some of the significant differences between the two. We hope you have found this article insightful and have accumulated enough information about the top programming languages.

← Prev: Process Mapping Vs. Process Modelling Next: What is the Role of Artificial Intelligence in Web Development? →