Do you believe in these Java myths? 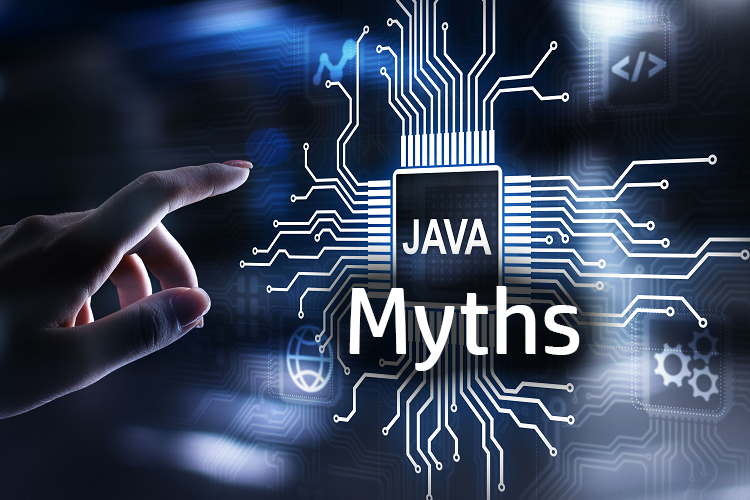 It’s been 25 years since Java was introduced to the world by Sun Microsystems. Various metrics indicate that Java is the most popular language globally, known for its ability to build powerful web applications and technical platforms.

In addition to becoming a popular teaching language in Universities, Java has also become a popular general-purpose programming language in many companies. Java’s popularity makes it worthwhile to examine a few myths regarding it.

This is one of the oldest and most persistent myths about Java, and it indeed was valid at the inception of Java. But having matured over the years, this slowness issue of Java has disappeared. Java is today regarded as the most efficient programming language worldwide and is the most popular language among Java developers.

This illustrates how all across the globe, students are practicing Java programming to get lucrative jobs.

Java is Not Secure

There has been excessive concern regarding Java and security due to the possibility that an applet inserted via a web page could access, corrupt, and erase a hard drive without user permission.

There is no merit to this frightening claim, and it is thus a myth.

Web browsers are often used as front ends for Java applications. Applets that run in a browser are responsible for this.

All Versions are the Same.

Many people think they can keep using old versions of Java forever without facing any performance loss.

But Java has steadily improved as of late.

Each new version includes security updates and performance enhancements and is faster than the previous one. People who use out-of-date Java open themselves up to various security issues while experiencing the worst performance.

There is no greater myth in Java than this one. This myth claims enterprise applications can use only Java SE because OpenJDK is too slow and not scalable. The myth has been disproved numerous times by large enterprise users. Choosing a JDK should be based on its capabilities and support, not whether it is better suited for “real” development or not.

Java is Too High Level

Some developers believe that Java’s classes, objects, and inheritance impose heavy overhead without benefitting code. But Java has a large class of libraries that support high-speed I/O, advanced graphics technology, and a wide range of networking techniques.

The UML enriched object-oriented design also makes the complex and extensive system easier to manage during development and maintenance.

← Prev: Windows 11: Everything To Know About The Leak And Launch of Microsoft’s New OS Next: Will Python Engulf Excel as the "Most Popular Data Science Tool"? →