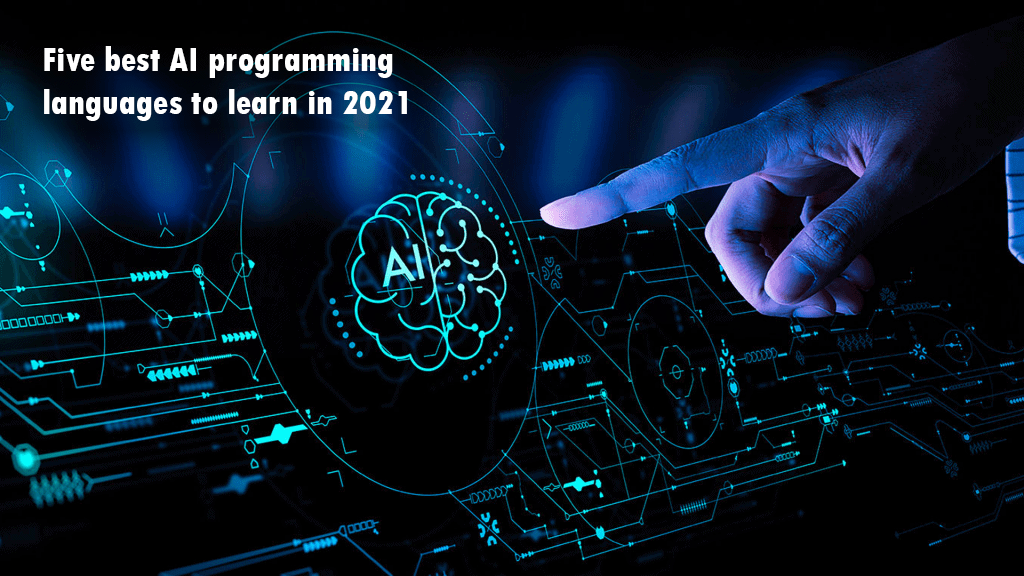 Artificial Intelligence has successfully permeated the business world with its plethora of benefits and opportunities. Compared to what’s to come, we have seen a tiny proportion of what AI can do.

Artificial Intelligence is a rapidly expanding field with applications in almost every industry. Engineers involved in the field have to provide instructions to AI systems to start acting like intelligent machines. Programming languages are used to give these instructions.

Every programming language has its advantages and disadvantages, as well as its specific features. Your requirements determine which features you should use. Listed below are some of the best programming languages to choose from when developing an artificial intelligence system.

Python is ideally suited for coding machine learning, natural language processing, and neural network connections. You can still use Python even if you have no experience developing AI since it offers many pre-existing libraries like Pandas, SciPy, and nltk. The Python language is known for its easy syntax and minimum code size.

Programmers can ingest the data about facts and rules about the end goal and then query the data to execute logic programming.

This language is ideal for developing AI systems because it gives logic-based solutions instead of just pre-existing statements. It’s an innovative approach to designing an AI-powered device, one that’s flexible and surprisingly powerful as well.

The C++ programming language is derived from C. You can use it to construct neural networks. C++ is a fast language, which makes it suitable for AI development. In addition to its low-level memory control feature, it carries performance-critical applications, asset-compelled applications, etc. AI programming can take advantage of C++ for search engine optimization and ranking.

Additionally, C++’s cost-efficiency is another crucial reason it attracts so many companies.

The most popular language around the world is probably Java and is used in artificial intelligence as well. Java is an easy-to-learn, universal language.

Virtual Machine Technology is arguably the most significant benefit of the Java programming language. With Java Virtual Machine, you can easily implement your program without compiling it time and time again. The program only needs to be written and compiled on one platform, and then it can be implemented on others.

One of the oldest languages used for AI, LISP is known for quickly designing AI prototypes. It has an exploratory macro system, compilers rather than interpreters, and provides an automatic memory manager, making it particularly suitable for logic programming and machine learning. It can learn and modify programs on its own and is quite flexible.

← Prev: Will Python Engulf Excel as the "Most Popular Data Science Tool"? Next: Machine Learning, Data Science And Their Interrelations →