The best and most apt example that comes to mind when you talk about Object Oriented Programming is Java. Java, developed by Sun Microsystems, leads the way in terms of the language of cross-platform programming and application software development. The reason why Java has accumulated such a broad fan base and unparalleled success is that the language uses a very basic and efficient approach to perform different programming tasks and assist developers.

Often its simplicity can be a distraction, and the highly experienced developers of Java have always aimed a notch higher and tried to explore the various possibilities provided by the language. Being a good Java developer, however, is still within touching distance of every computer programming enthusiast; it is among the best things that matter.

Below are some tips that might help you grow and gain more knowledge of the language as a Java developer.

Since Java provides developers with too many features and choices, people are often tricked into learning too many things in too little time. They get ‘bits and pieces’ knowledge of a few options that Java provides as a result of this, but their fundamentals hang on a loose thread. When I say this, believe me, Java is a programming language that is simple if you have paid attention to the simple basics.

However, if you get greedy and want to find the shortest path forward, it can be frustrating.

Well, if your sole aim of Java learning is to clear up the exam you have the next day, go ahead and mug all the things you can and you might just get the passing marks. However, if you are serious about learning Java and getting better at it, the best way to do it is not to read it, but to apply it. Gain information and then execute, in the form of code, what you have learned. When you’re not able to get your hands dirty, you will never master Java.

Even if you write a simple code with a ‘if else’ declaration, begin by understanding the code on a piece of paper as a beginner. If you grasp the concept behind the code, the algorithm and the entire compiler process will look so meaningful. Even for professionals, breaking the problem into sub-parts and then trying to devise a solution for each sub-part is the best way to solve a complex problem or to express an algorithm to solve a Java program. You will get the trust to work more as you begin finding the solutions correctly.

For those shifting from C, C++ to Java, this tip is especially useful. As Java is a dynamic programming language, memory allocation in Java using the ‘new’ keyword is a necessity. This feature does not explicitly have C, C++, so you have to be careful when handling Java array and object declaration. A null pointer exception in the code will be shown by not using the ‘new’ keyword.

Note the difference in array declaration in Java and C or C++.

You use the system’s memory and processor speed when you create an object in Java. Since the construction of objects is incomplete without memory allocation, it is best to keep the object specifications under control and not create unnecessary objects in the code.

The biggest benefit that Java has, from a programming point of view, over its prototypes is probably its rich collection of standard library methods. Using the standard library of Java makes a programmer ‘s job simpler, more effective and gives the code a well-organized flow. In addition, operations can easily be made using the methods defined in the library.

There is no doubt that wrapper classes are of great use, but they are also slower than primitive ones. The primitive class has values only, while the wrapper class stores data for the whole class.

Note: In the above example, because wrapper class objects are being compared and not their values, the second print statement will not display true.

Since String is classified as a class by object-oriented programming, a simple concatenation of two strings could lead to the creation of a new Java string object that eventually affects the system’s memory and speed. It is often easier, without using the constructor for this reason, to instantiate a string object directly.

There’s so much to learn about Java that with this programming language you just can’t get over and it keeps getting more interesting and fun, but it’s important to keep the interest in learning and the hunger to get better. You can learn a programming language like Java on your own and with great success, but continuous learning and coding to validate what you have learned is the only thing that is required. In practice, Java is a lot like playing a sport; the more you sweat, the less you bleed in the game. 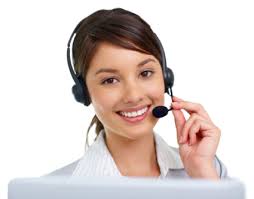