Learn Clustering, its Methods, and Applications 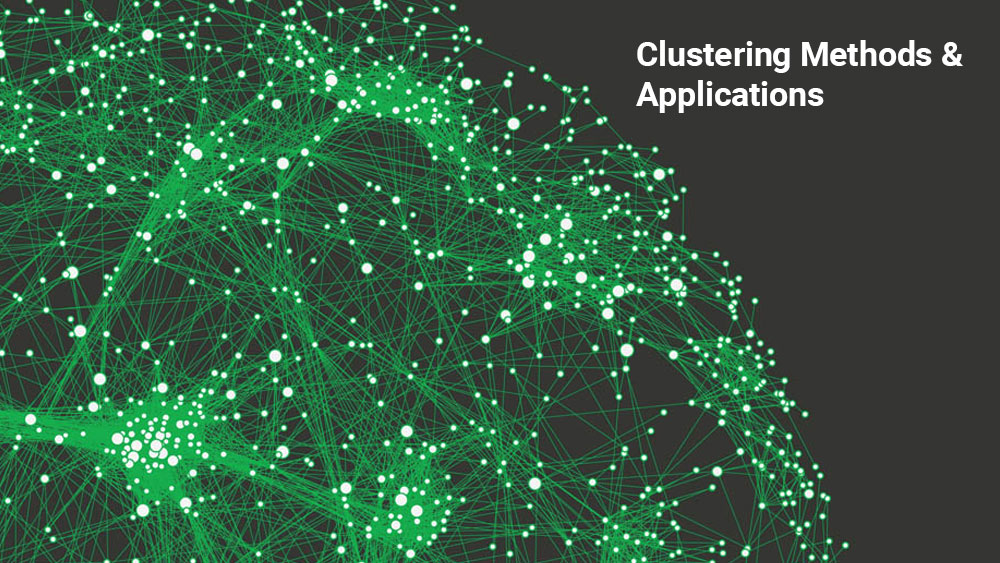 Clustering of data sets is the process of dividing them into a certain number of groups or clusters where each group of data points has similar characteristics. A cluster is simply a group of data points grouped such that their distance from one another is as small as possible.

As a general rule, clustering can be broken down into two major groups viz. Hard Clustering and Soft Clustering. One data point that can be associated with only one cluster is hard clustering. In soft clustering, however, the result estimates the likelihood that each data point is part of each of the pre-defined clusters.

Hierarchical Clustering: As the name implies, hierarchical clustering is an algorithm that builds clusters in a hierarchy. The algorithm assigns each data point to its own cluster and then merges two closer clusters together. In the end, this algorithm ends when the number of clusters is only one. Essentially, it consists of two categories:

Clustering based on distributions produces models that assume concisely defined mathematical models underlie the distributions, an extremely strong assumption in some cases.

Centroid-based clustering: In this algorithm, the clusters are formed based on how close the points to the cluster’s centroid are. Cluster centers are formed so that the data points are spaced apart and at a minimum distance from each other.

Although clustering is simple in concept, it requires the help of machines to implement it for large datasets. The clustering techniques discussed above have pros and cons, limiting their suitability to certain data sets. Analysis of the data set is not limited to the algorithm but also factors like computer hardware specifications, algorithm complexity, etc.

← Prev: Know the difference between Data Science and Data Mining Next: Addressing the myths about Artificial Intelligence →