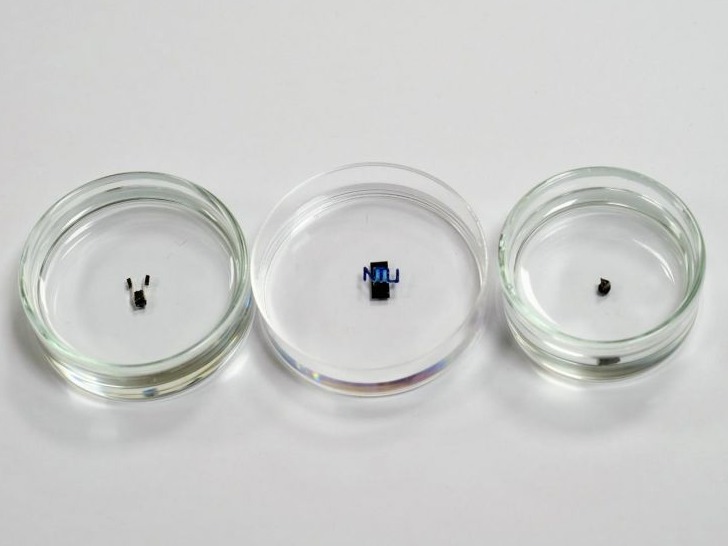 Scientists at Nanyang Technological University in Singapore developed miniature robots that can be controlled using magnetic fields. These miniature-sized robots can perform highly dexterous and maneuverable operations. It is said that such applications might have the potential to help the manufacturing and biomedicine sector in the future.

The research team developed the miniature robots by embedding magnetic microparticles into biocompatible polymers; these are non-toxic materials harmless to humans. These tiny robots are programmed so that they execute all the desired functionalities depending on the magnetic fields.

Earlier, researchers created six degrees of freedom miniature robots; however, these small robots can rotate 43 times faster when it comes to the critical six degrees of freedom while their orientation is controlled in a precise manner. These bots can also be developed using softer materials, thus making it easier to use them to replicate important mechanical qualities.

As surprising as it may sound, one of the qualities is that it can be programmed to swim like a jellyfish and develop a gripping ability to lift and place miniature objects.

According to ScienceDaily, “The research by the NTU team was published in the peer-reviewed scientific journal Advanced Materials in May 2021 and is featured as the front cover of the June 10 issue.”

Assistant Professor Lum Guo Zhan, the lead author of this study from the school of Mechanical and Aerospace Engineering, stated that one of the most crucial factors leading to the team’s achievement depended on discovering the third and final principal vector of magnetic fields. These magnetic fields were critical for controlling the miniature machines.

Professor Lum stated, “My team sought to uncover the fundamental working principles of miniature robots that have six-DoF motions through this work. By fully understanding the physics of these miniature robots, we can now accurately control their motions. Furthermore, our proposed fabrication method can magnetize these robots to produce 51 to 297 folds larger six-DoF torques than other existing devices. Our findings are therefore pivotal, and they represent a significant advancement for small-scale robotic technologies.”

Co-authors of the research, Ph.D. students Xu Changyu and Yang Zilin from the School of Mechanical and Aerospace Engineering, said, “Besides surgery, our robots may also be of value in biomedical applications such as assembling lab-on-chip devices that can be used for clinical diagnostics by integrating several laboratory processes on a single chip.”

Considering this path-breaking research, the team is now looking to make their robots even smaller than the current size. They plan to reduce the measure to a few hundred micrometers alongside making the robots fully autonomous concerning the controlling part.