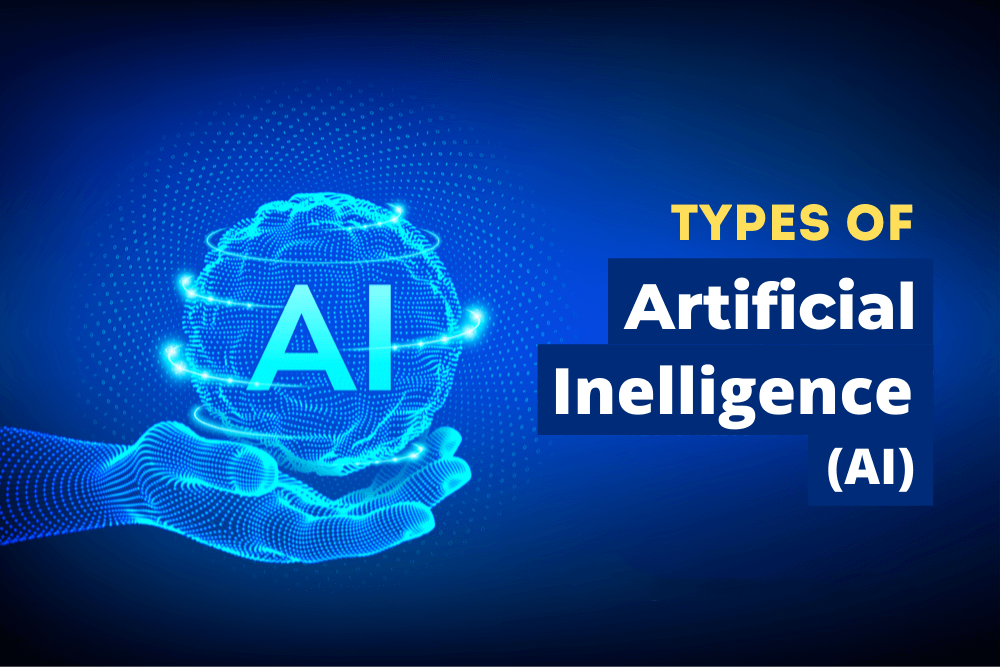 Artificial Intelligence has become extremely popular in modern society. In its broadest sense, artificial intelligence (AI) deals with building machines that can mimic human intelligence and do tasks usually done by humans. These machines learn from experience and then perform tasks just like humans.

AI can be categorized into different types, but technology and functionality are its two main categorization criteria. Accordingly, an AI system is classified based on its operation and the technology to perform its functions.

With a minimal set of technical capabilities, the reactive machine is one of the oldest types of AI. It’s interesting to note that these machines operate without a memory base. Nevertheless, they can reproduce the human mind’s ability to respond to a variety of simulations.

The critical application of these AI systems is to respond instantly to a defined set of inputs.

A limited memory machine takes decisions based on historical data and its capabilities as a reactive machine. This category of AI encompasses most of the applications we know about today.

Almost all current AI systems, such as deep learning, are trained on large amounts of training data that they save in their memory to build a reference model for handling future tasks.

Researchers are currently working on innovating the theory of mind AI systems. These systems will endeavor to understand the variety of entities they work with. Furthermore, this ‘understanding’ would also encompass emotions, beliefs, and thinking patterns.

In AI development, Self-Awareness is the last stage, which is still a hypothetical concept. AI systems that possess self-awareness and self-consciousness would be so sophisticated and advanced that they resemble their human counterparts.

Yet, it is unclear how long such systems will take to develop. It may take decades or even centuries for them to come to life.

At the moment, ANIs are the most commonly used type of AI. ANI is based on algorithms that are capable of autonomously completing a specific task with human-like capabilities. These machines can’t do anything other than what they are programmed to do, and their skill set is therefore very narrow.

At present, everything related to AI, right from the core developments to the elaborate algorithms used by machines to take decisions, comes under this type. ANI is also called ‘weak AI’ because it functions within a limited set of constraints.

A machine with Artificial General Intelligence can learn, perceive, comprehend, and perform entirely like a human being. By building competencies independently, these systems can make connections and generalizations across domains, significantly reducing the time needed for training.

With this type of AI, systems will be able to mimic the multi-functional abilities of humans and how the human mind functions. Artificial General Intelligence is still in its infancy, and the outcome might be genuinely groundbreaking for humans.

ASI is likely to be the pinnacle of AI research because it will be the most advanced form of intelligence available. Besides being able to replicate human intelligence on a multidimensional scale, ASI will be superior at everything they do due to more memory, fast processing, and analysis, as well as decision-making capabilities.

In the coming years, the development of AGI and ASI will lead to what is commonly known as singularity.

← Prev: Types Of Cloud Computing Services Next: 5 important things to look for before hiring software developers →